When my father, Arthur Powell OBE, founded Runnymede College more than half a century ago, his aim was simple, yet profound: to offer British education in Madrid. He knew the value of liberal, humanistic learning. He understood the power of British teaching to challenge and indeed change young people’s minds and lives for the better. That was his vision, and it remains his legacy.

As my father’s successor, I have been Headmaster of Runnymede since 1988, and I am immensely proud to have seen the school continue to grow in size and success over that time. I am also proud to have seen my own children become integral to the running of the school, as well as taking great pleasure in watching my grandchildren blossom as they embark on their own educational journeys in the Runnymede Junior School. 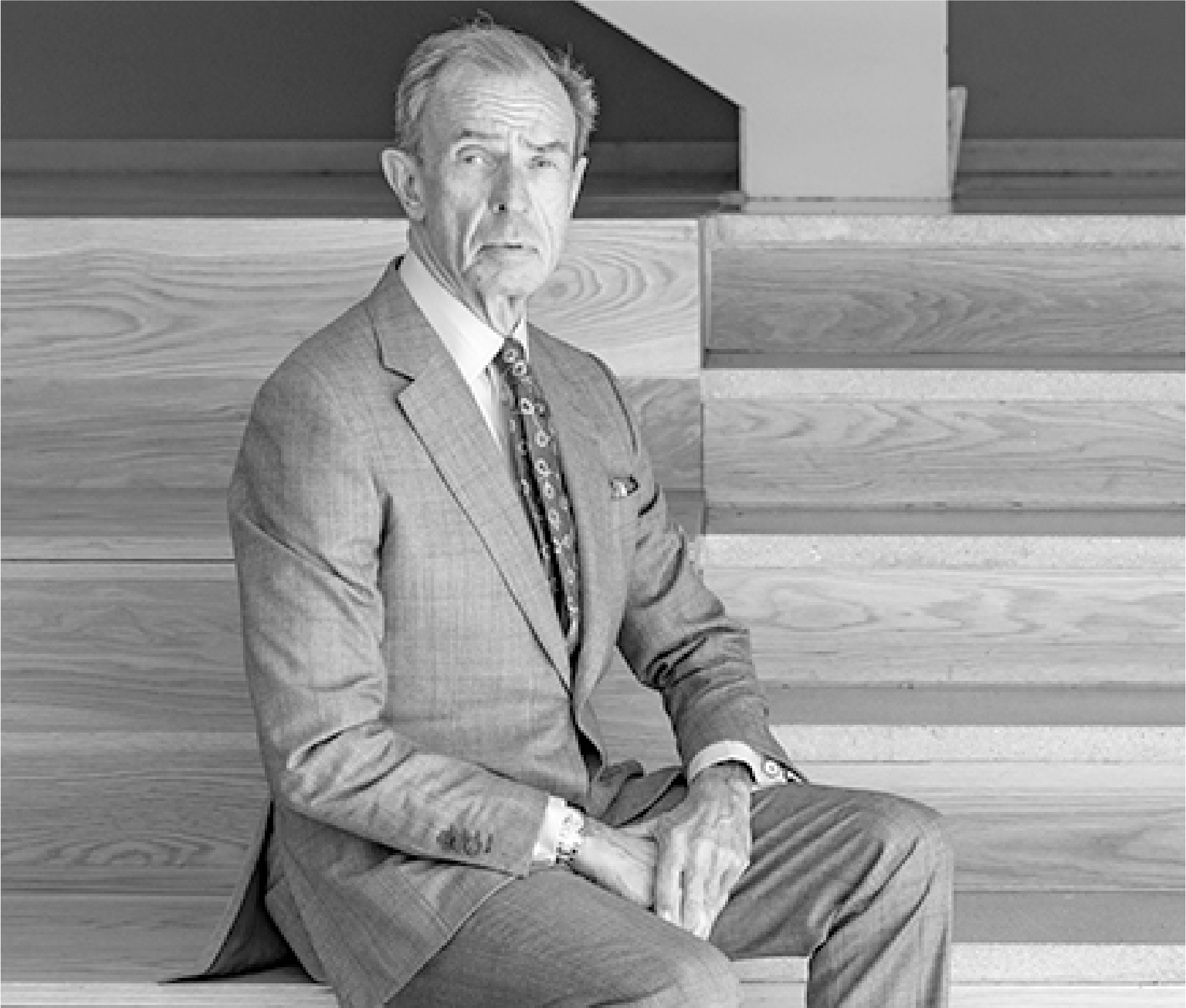 For Runnymede College is not just a school which is, now almost uniquely in Spain, still under the careful aegis of its founder’s family, but a family in a much broader sense. The pupils, parents and staff are connected by close bonds of mutual respect, affection and appreciation.

Our pupils know that at Runnymede they will have access to superb facilities, on a campus designed to support excellence — not only academically, but also in the vital fields of sport, music, art, and drama.

More importantly, they know they will have access to the very best teachers. Our staff have not only been educated at some of the world’s best universities, but they are exceptionally dedicated; determined to ensure that their students all fulfil their potential. Brilliant teachers enable excellent learners, and we are justly proud of the superlative university offers we receive from world-beating institutions in the UK, USA, Spain and the rest of Europe — including Oxbridge and the Ivy League. We are also delighted by our results at IGCSE and A-level, which year on year confirm us as the leading British school in Spain.

Beyond this, our parents know that by entrusting us with their children’s education, they will also be welcomed into the Runnymede community. They know that we will all do our utmost to produce individuals who are well-rounded, well-mannered, intellectually curious, kind and respectful, whether they join us in Pre-Nursery or Year 12.

Key to my father’s vision, and mine, is the importance of the English language. In a world in a state of seemingly endless flux, one constant remains: the significance of English as a global language; as the twenty-first century’s great facilitator of communication. Our pupils leave Runnymede with a level of English that will open doors for them across the world, in whatever professional sphere they choose to explore.

Runnymede College is a leading private non-denominational British school in Spain offering a British education to boys and girls of all nationalities from the age of two to eighteen. The School regards its task as being to provide its pupils an academically excellent, all-round liberal humanistic education and the necessary basis to succeed in the adult world, and above all, to help them to acquire a moral sense as members of the international, world-wide community. 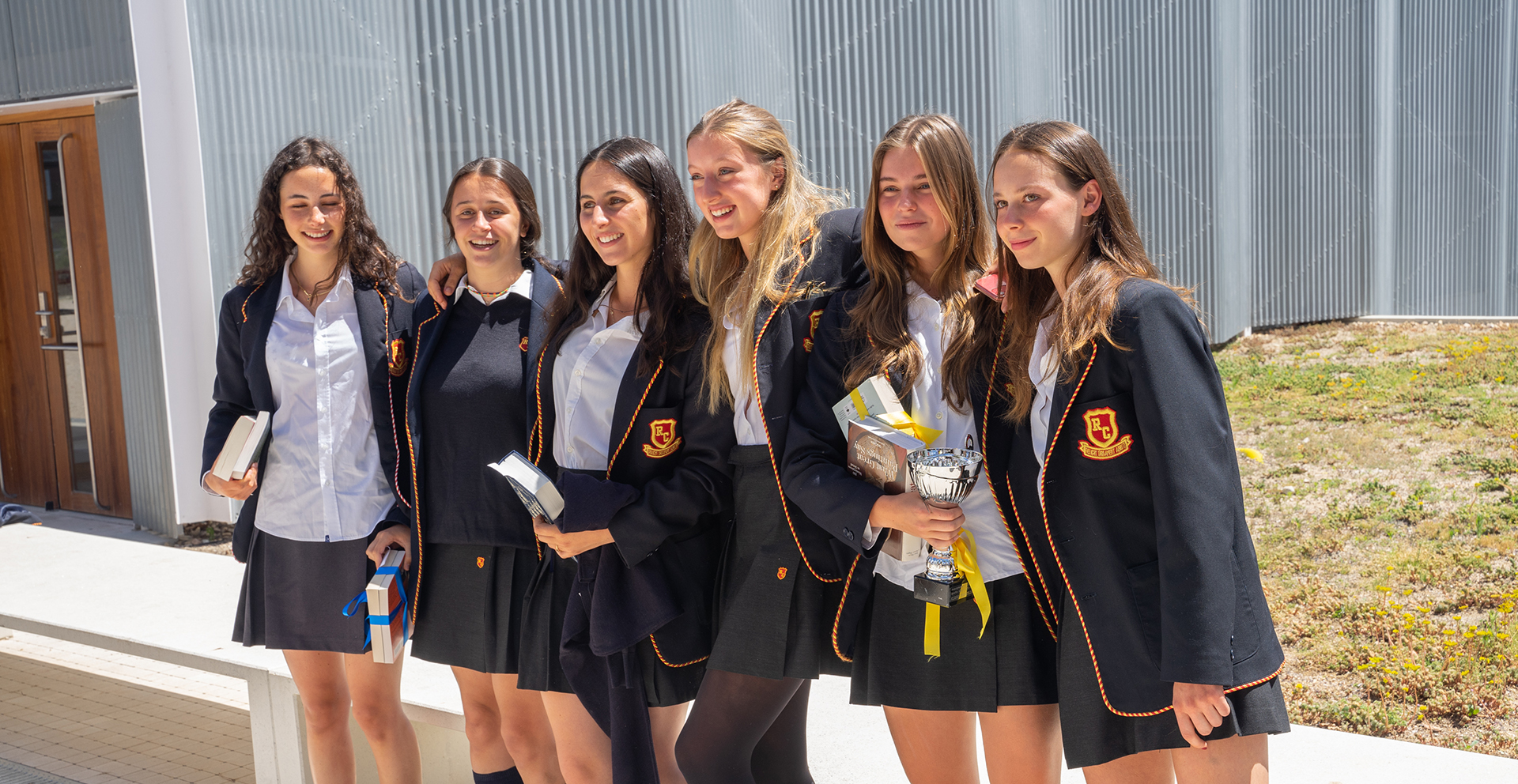 DISCOVER MORE ABOUT THE SCHOOL

The Junior School, with over 500 pupils currently on roll, provides a British education for children from the ages of 2 to 11. Runnymede is committed to academic excellence and sets the highest standards of behaviour and social conduct, fostering the development of mutual respect and responsibility. Above all we want our children to develop a love of learning and to become independent learners.

Our education is child centred, each child is set targets in order to improve in all areas. In the Junior school we abide by our all important ‘Good as Gold Rules’.

Respect for others is a constant theme that we address often, both in class and in assemblies. We also firmly believe that children should have faith in their own abilities and we work hard to make sure the children have a positive approach to learning, that they believe in themselves and learn from their mistakes. Regular assessment keeps the teachers informed about the next steps required to move the children forward.

Children are prepared for entry to the Senior School and also for independent and state schools in Britain, the U.S.A. and elsewhere. All our class teachers and teaching assistants are native english speakers and fully qualified; the curriculum mirrors the current developments in the United Kingdom. Furthermore, we pride ourselves on the progress the children make and the high standards achieved.

The Junior School is committed to fostering a love of learning from the earliest age.The children are encouraged to be actively involved in their own learning and the teachers plan and deliver stimulating and engaging lessons in all areas. Visits to concerts, museums or places of historical and cultural importance, are seen as an important aspect of School life. Trips to farms and centres for outdoor education are also organised.

Sport is obviously an important aspect of school life. P.E. is taught by specialists twice a week from the youngest children in Pre Nursery to the oldest in Year 6. There is a fully equipped gymnasium and children are taught basic skills, motricity and take part in team games. Sports taught during P.E. include football, basketball, hockey, athletics and dance. There are also many opportunities to participate in sports after school.

Music is considered equally important and again this is taught by specialist teachers throughout the school. Drama plays a large part and every child will have the opportunity to perform for an audience. The children are actively encouraged to use their speaking skills whether acting or presenting to the class. Each year group produces a play or show during the course of the year.

Art is an intrinsic part of our school life and the children are given many opportunities to express their creativity and there are often trips to the Art galleries in Madrid. Similarly, excellent use is made of technology to provide the children with stimulating and interactive lessons. iPads and Interactive whiteboards are used throughout the Junior School.

The School has earned renown amongst parents from all over the world as a centre of academic excellen- ce, particularly due the large number of Old Runnymedians that every year enter prestigious universities in the United Kingdom, the U.S.A., Europe and Asia. All the teachers are experienced and fully qualified gra- duates from top universities. The total number of pupils in the Senior School is about 600. In the first five years, pupils have the opportunity to be prepared for the (International) General Certificate of Secondary Education in ten of the following subjects: English Language, English Literature, Mathematics, Advanced Mathematics, History, Geography, French, German, Spanish, Latin, Physics, Chemistry, Biology, Music, Dra- ma and Art. Special importance is given to advanced courses in Hispanic Literature, History and Culture.

In the last two years of the Senior School, all the above subjects and Economics are available to the Ad- vanced Level of the General Certificate of Education. Physical Education is an integral part of the curricu- lum where a number of sports and skills are taught. Runnymede College pupils take part in cross country events and sports days and have the chance of representing the school in local district leagues and inter school tournaments. Students have the opportunity to participate in a wide variety of co-curricular and extra-curricular activities, including the Debating Society, Model United Nations and the Drama Club which puts on an annual production. Music is taught throughout the Senior School. Many students take part in the choir and learn to play instruments following our Music Academy program.

The school prides itself on the fact that it has integrated the use of ICT into its programmes of study, while students using iPads as a tool for learning in both the senior and junior sections.

Personal, Social and Health Education is a key part of the curriculum with students following a bespoke programme designed to meet their needs and help them become responsible members of the school community and society as a whole. Students are given guidance whenever they have to make important decisions about subject options at IGCSE and A Level, while sixth formers receive personalised advice about university applications, work experience and careers.

A number of trips are organised to places of historical interest throughout the year to promote the cultural enrichment of students, and cover coursework. Examples include: the History trip to Berlin, a joint Biology and Geography field trip to Gredos, the Latin trips to Merida and Pompeii. 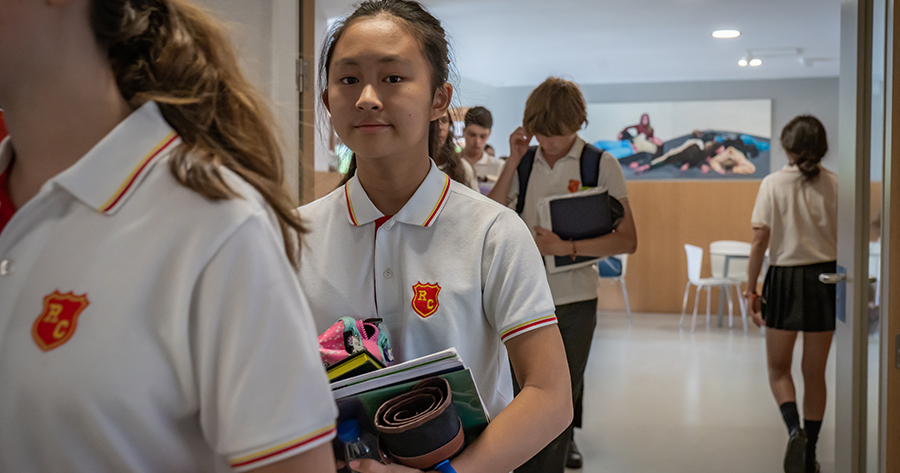