Application to British universities has to be made through UCAS (the Universities and Colleges Admissions Service) between September 1st and January 15th of the academic year before the candidate hopes to start at university. Candidates are advised to apply by the beginning of December at the latest. This means that they should decide on the universities to which they wish to apply to between the last term of Year 12 and the first half term of Year 13.

The deadline for applications to Oxford and Cambridge and medical schools is October 15th. Students should visit the Colleges and medical schools no later than the summer holidays between Years 12 and 13 in order to make an informed decision. Every UCAS application must include a personalised reference from the teacher of the student’s choice, so it is very important to allow plenty of time to discuss the application thoroughly.
Increasingly, universities expect to find evidence of summer work at the end of Year 12, preferably in an area related to the student’s chosen area of study. As this is very difficult to arrange in Spain, it is most important to make plans well in advance.

Similarly, increasing importance is being attached to the candidate’s personal statement, detailed guidelines for which students receive during informational sessions led by our Co-Heads of Sixth Form.

In this constantly evolving and competitive environment, it is important that candidates realise that universities are looking for more than three good grades at the end of two years. For this reason, we encourage our students to maintain high levels of effort throughout their secondary school careers.

Applicants to American universities and colleagues are considered on the basis of their academic record, school references and admissions tests. Each individual institution sets its own admissions requirements and the standard of competition varies considerably. The basic requirements are successful completion of secondary education as provided in the applicant’s own country or in the national system in which the applicant has been educated. Students educated in British schools will therefore be expected to have five IGCSEs and two A levels, including Mathematics and English. Other disciplines usually required are a social science (for example, History), a natural science and a foreign language.

Competitive American universities and colleges require the same academic standards as competitive British universities. Less competitive universities may accept applications with five IGCSEs but without A levels. Students who have taken A levels are given credits for them as if they had taken the US Advanced Placement Test.

Colleges consider each case individually and no standard rules apply. In addition to their past school reports, candidates will be asked to supply a transcript. Runnymede has a special document prepared for applications to US Universities, which expresses the content of applicants’ Senior School reports in terms of US grades. In their own interest, students applying to US Universities should consult the school and not apply directly to the University without previous consultation.

While in recent years, many US Universities and Colleges have required admissions tests, the situation is in constant development, and in light of the coronavirus crisis, a considerable number are now removing these requirements. Students should check the requirements of their chosen institutions before applying.

Test registration must be completed about six weeks before the test date, and tests should be taken as early in the academic year preceding college entrance as possible. All American college admission tests are multiple choice tests and they do not include any prescribed course of study. The test most frequently required is the College Board Admissions Testing Program, commonly known as the College Boards. This is made up of two parts: the Scholastic Aptitude Test (SAT I) consisting of three hours of mathematical and verbal questions, and SAT II – one, two or three one-hour tests in specific subjects.

The subjects a candidate should take are sometimes indicated by the College but usually the candidate is left free to choose. Most institutions ask for SAT I and highly competitive institutions require both. These tests are taken on Saturdays in early December/January and in late April/May.

Runnymede has by now acquired considerable experience of getting its alumni into US Universities, since the school has always been favoured by a considerable percentage of American parents and their children, quite apart from those of other nationalities – including British. Since the SAT I consists of both English and Maths tests, we advise our students to take their SAT I either in the spring just before GCSEs or in the autumn of Year 12, when both subjects will be fresh in their minds. No special preparation is required for these tests. Since the SATs can be taken any number of times, we also advise taking it a second time in the spring of Year 12 or the autumn of Year 13.

We strongly recommend anybody intending to try for an American University to take the SAT IIs. These can be taken in the following subjects: English Composition, English Literature, Mathematics I, Mathematics II, Physics, Chemistry, Biology, French, Spanish and Latin (of the subjects we teach at Runnymede), as well as German, Hebrew, Russian, American History, Social Studies and World History. We recommend students to take the SAT II in the subjects they are studying to A level, where possible. The content is similar to, but rather broader and less in depth than IGCSEs. We recommend taking them in April/May or Year 12 or November of Year 13.

All SATs are held on the same dates and therefore must be taken in two separate sessions. Up to three SAT IIs, which are of one hour’s duration, may be taken at one sitting. Full details both of the examination and the registration procedures can be obtained from the University Coordinator in the library. We do not recommend students of Runnymede to take the Advanced Placement Tests, since all US Colleges will give advanced placement for good A levels. 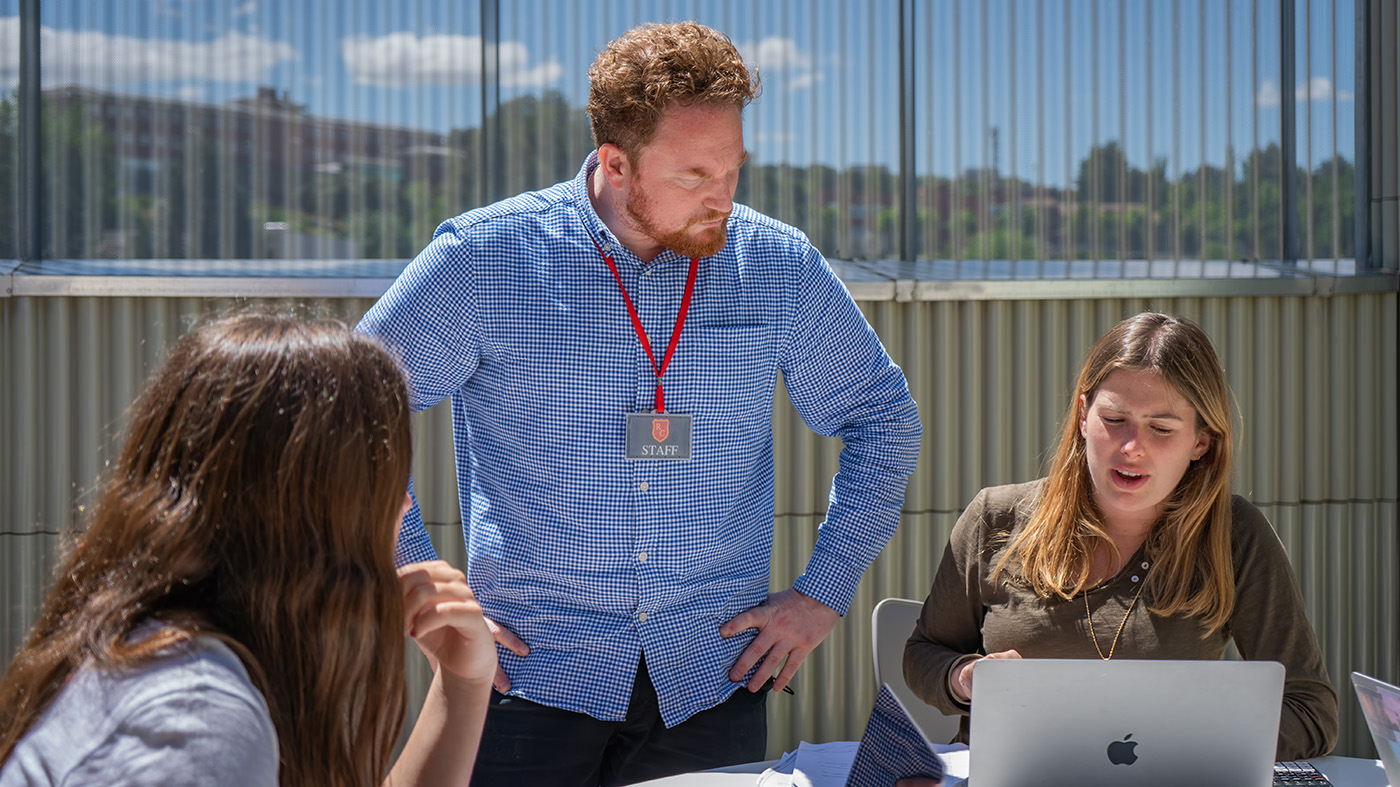