Here at Runnymede we understand the importance of learning from the past, and our Classics Department leads the conversation with its study of the Greek and Roman eras as well as the Latin and Ancient Greek language. Our dedicated staff share their passion for the subject and at every turn highlight its relevance. We owe so much to these civilisations, with ancient ideas of philosophy, politics, maths and art forming the basis for our modern societies.

Through the study of Classics in Key Stage 3, our pupils get a privileged chance to not only learn the languages that set the bedrock of our Modern Romance languages and academic-scientific terminology, but also the everyday life of the Roman and Ancient Greek times and the most significant intellectual accomplishments of the Ancient Greek and Romans.

To really spark our student’s imagination, we take them to some of the most famous archeological sites in the world. The Year  7 trip to Mérida brings to life many of the different aspects of Roman life studied over the previous three terms. Apart from seeing the amazing public buildings such as the theatre, amphitheatre and the longest surviving Roman bridge, which are perhaps more obvious, the Year 7 pupils go round Roman houses and they also learn about day-to-day life in the Museum of Roman Art. In Year 8 and 9, we visit the Archaeological Museum in Madrid, enabling our students to comprehend the deep Greco-Roman roots of the Iberian peninsula.

Even more popular is the Year  10 Classics trip, which alternates between Pompeii in Italy and Athens-Peloponnese in Greece. In Pompeii, Herculaneum and other sites in the Bay of Naples, including the top of Mount Vesuvius and the villa of the Emperor Tiberius high on a cliff in Capri, after years of learning about Caecilius and other residents of Pompeii, our students find themselves barely believing that they are walking along the same streets as their ancient Latin-speaking heroes. In Greece, the Acropolis and the Parthenon temple, the oracle of Delphi and the temple of Apollo, the site of the ancient Olympic Games, the ruins of Mycenae and the theatre of Epidaurus offer our students a striking opportunity to grasp and acknowledge our cultural debt to these two ancient civilisations..

Those who choose to continue with Latin for GCSE and Latin and Classical Greek for  A-level delve more deeply into certain aspects of the Latin language and the Greco-Roman world. The literature read in Years  11, 12 and 13 is an engaging mixture of prose and poetry, of fiction and real life. Cicero and his philosophical-political thinking feature strongly, as does Catullus’ and Ovid’s love and mythological poetry, Virgil’s patriotic epic texts, Homer’s Odyssey, Thucydides’ historiography and Plutarch’s biographical accounts. Furthermore, in Year  10, pupils, regardless of their GCSE choices, interested in learning another Classical language, will be able to study Classical Greek in the lunchtime Ancient Greek club, following an one-year course, with the opportunity to test themselves in a public examination administered by the UK Classical Association. 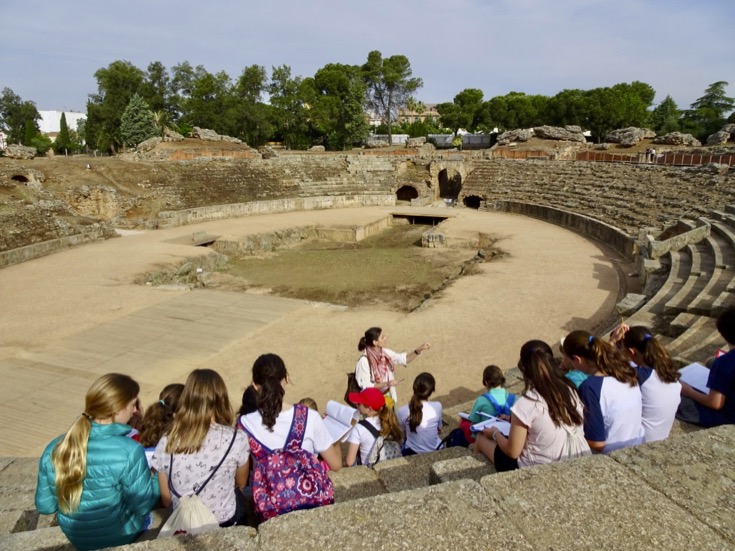